"Only exceptional craftsmanship elevates a dress
to magical beauty.."

These garments, of Atelier LeonLeon, mostly evening, cocktail or bridal dresses, feature all the sophisticated techniques of couture. These completely bespoke and handmade garments are made with the highest quality materials, ensuring exclusivity and a unique luxury experience.

Leon Klaassen Bos got his training in refinement
at the iconic couture house.

This unique savoir-faire is applied to designs for
private clients, special projects and the prêt-à-porter line of Atelier LeonLeon. 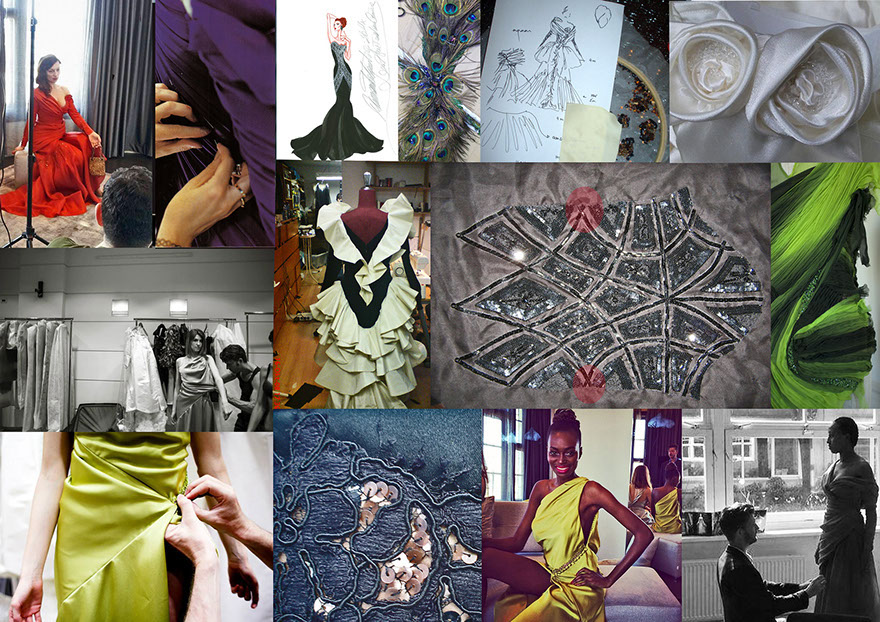 The architecture of couture excellence is founded
in the discipline of tailoring,

the artistry of colors and the movement of the materials.

Only then the garment will feel like a dream...

In 2012, Atelier LeonLeon designed a LED light dress for the exhibition

new technology and haute couture design.
It was 2012 and the financial crisis that roared made the world depressed and scared of new technology, so Leon wanted this dress to become a promise of a beautiful future full of light.

The design of the dress was inspired by the building of the museum: a ship coming out of the water with lines that emphasize the trapezium shape.

The dress is made in the shape of an upside down drop of water and the seams flow like waves over the surface of the dress.

2000 LED lights are integrated into the design which display colorful animations directed by built-in technology.

The LED light dress was chosen to be the promotional image

of the new exhibition and it became the nr.1 attraction.